This entry was posted on March 16, 2019 by Kathryn Hertzler.

Ankerstein Baukasten (Anchor Stone building sets) exhibited at the Nuremberg Spielewarenmesse (Toy Fair) again this year with a booth in the "Made in Germany" section of Hall 3A. They are one of a dwindling number of brands that continues manufacturing in Germany. In the case of Anchor Stone, production continues in the same city where the company started in the 1880s - Rudolstadt, Germany. 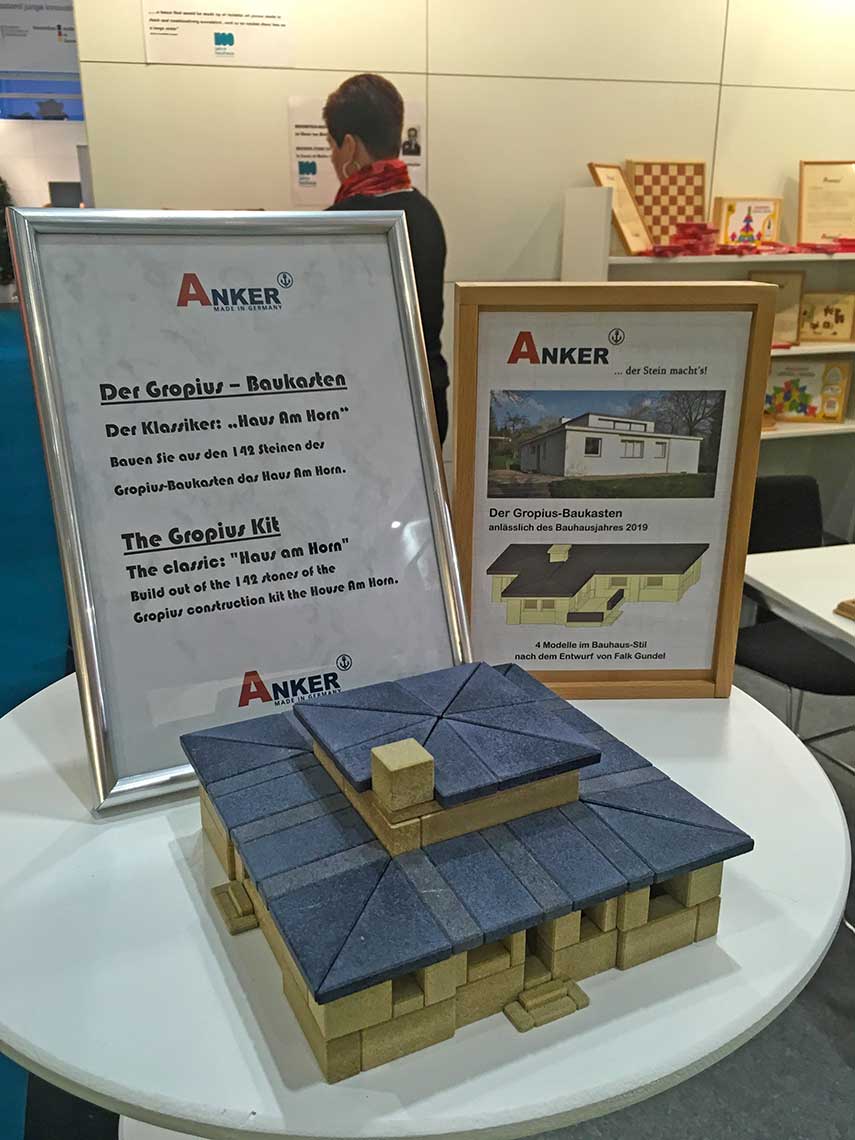 For 2019, the Gropius set was featured in honor of the 100th anniversary of the Bauhaus movement. The photo shows the set built as the "Haus Am Horn"; the first house built using Bauhaus philosophy in 1923 in Weimar Germany. It was built for the first Bauhaus exhibition from July to September. It is now a UNESCO world heritage site. 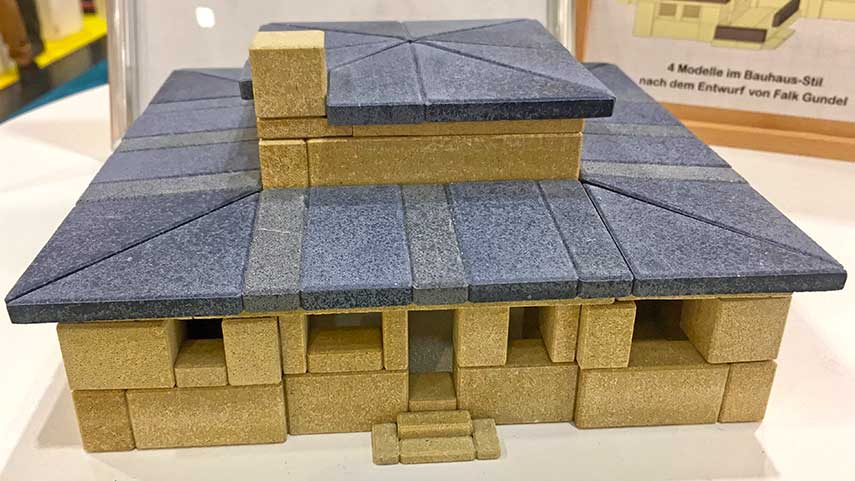 The Anchor Stone Gropius set built as the Haus Am Horn. 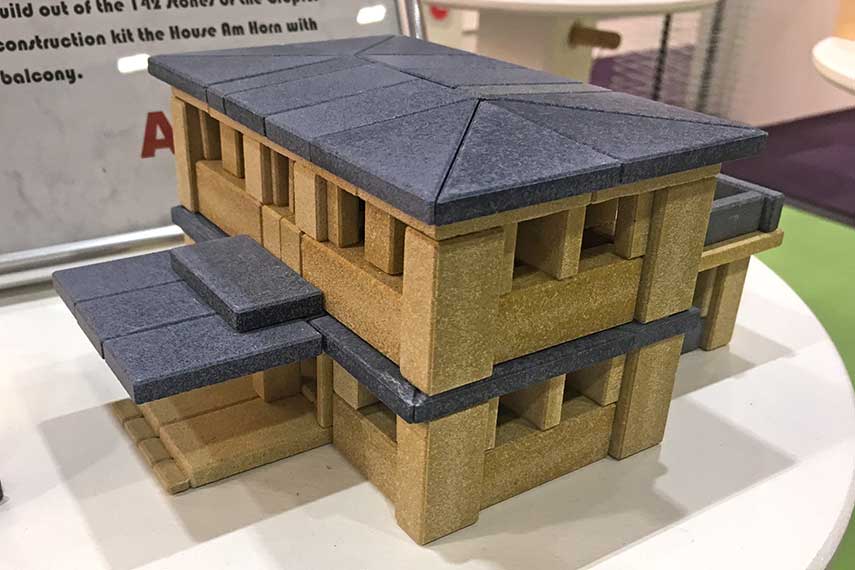 An alternate build in the Bauhaus style using the Anchor Stone Gropius set.

We hope to have this new set available in the US by summer 2019. Keep an eye on the classic sets pages to discover its arrival.

New versions of Anchor Stone children's sets also figured prominently at Nuremberg in 2019. This includes the previous Coloros set and the popular X-Men set now in wooden boxes - just like the classic sets. 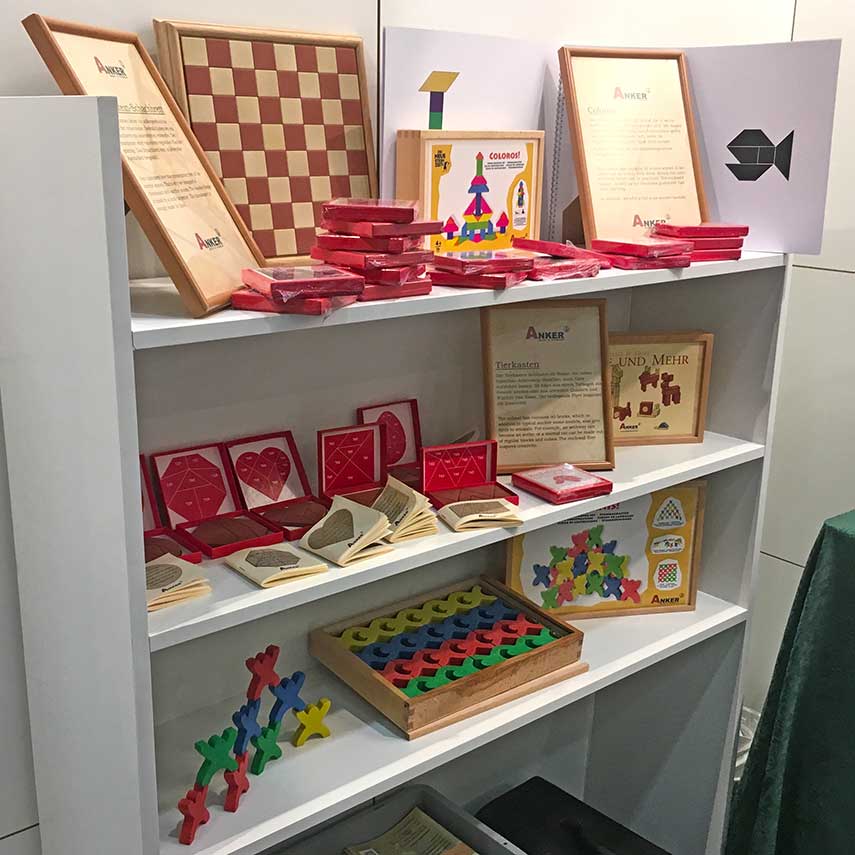 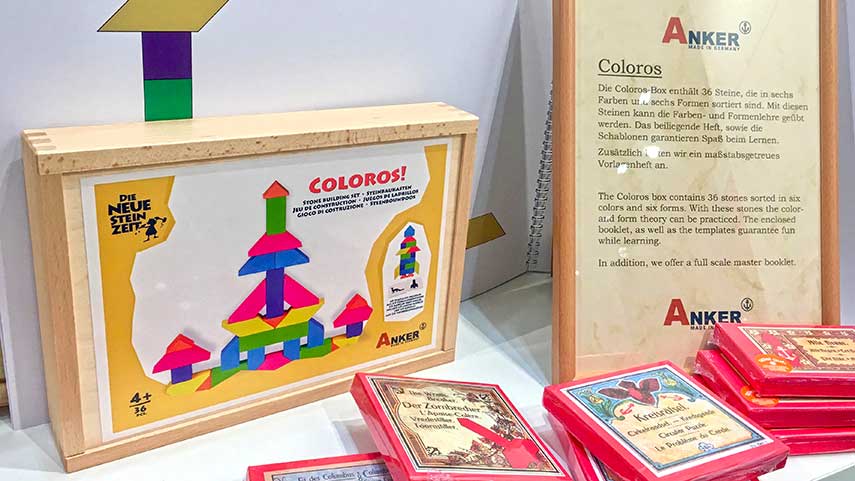 It is likely we will not see these sets in wooden boxes in the US until later in 2019. They are both available now in the former paperboard boxes. There is no differences in the number or sizes of stones.

An Anchor Stone Fairy Tale set has also been available in Europe for some years, but at this point is not available in the US. The booth in Nuremberg includes a nice display of this set. 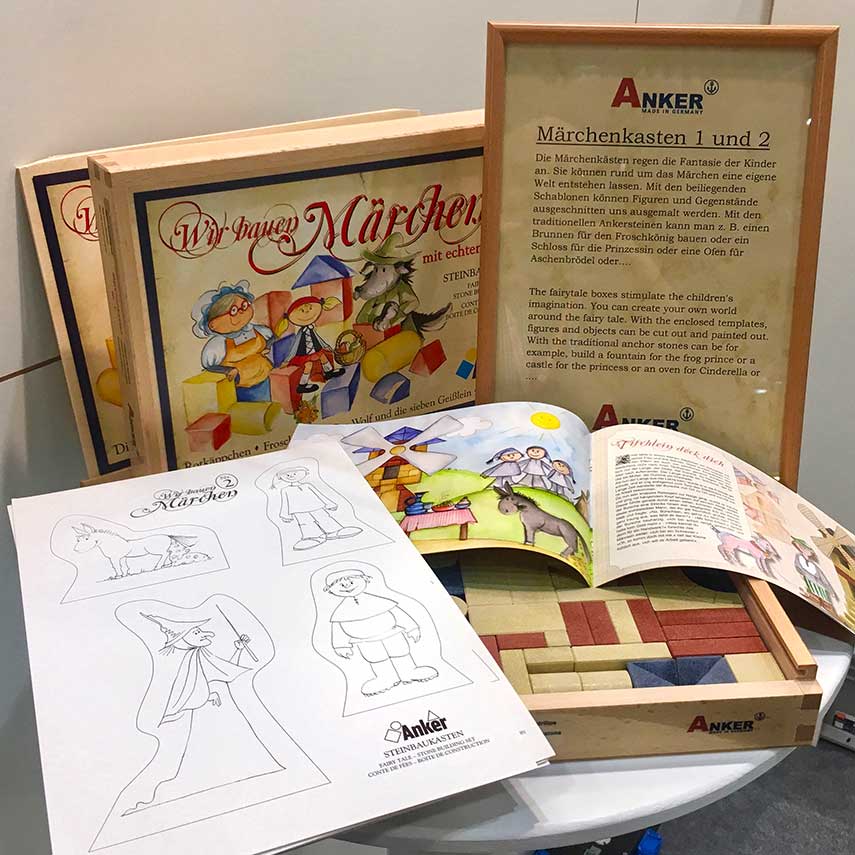 This entry was posted in News and tagged toys, Germany, Nuremberg on March 16, 2019 by Kathryn Hertzler. ← Previous Post Next Post →