This entry was posted on June 6, 2019 by Randall Hertzler. 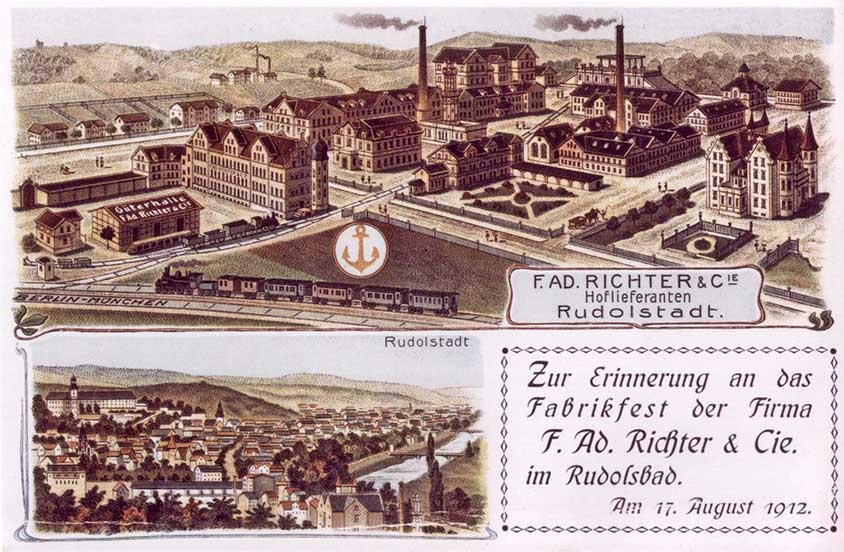 A postcard from 1912 shows the Anker factory complex as well as the Richter Villa at top right.

Anker Steinbaukasten has a long history in Rudolstadt Germany, started there during the 1880s by F. Ad. Richter. The Anker Steinbaukasten business, along with other Richter ventures grew to include a sprawling collection of buildings and green spaces. It was was quite rare for this time period.

Remarkably, through two world wars and and the passage of many decades, several of the original buildings remain - but none of them are owned or used by the current Ankerstein. Compare the image above to a current satellite photo below and you can see those buildings still standing today. 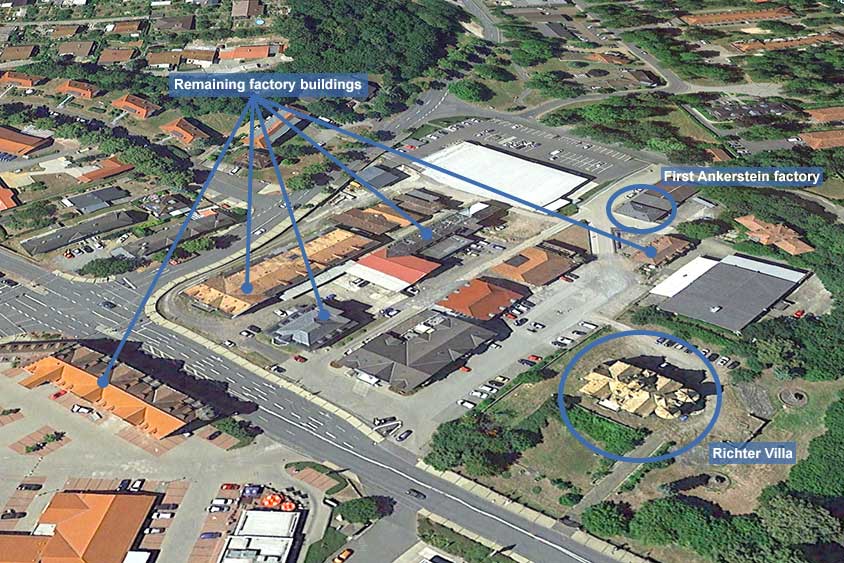 One of the largest and least modified buildings is south of route 88 with the spiral stair tower visible with it's angled windows. This building has a new roof but most of the window glass is missing and the windows are boarded shut. The rear of the building has been modified to include an elevator shaft and the first floor is being rented to other businesses. Otherwise, the building is intact and externally is a fine representation of architecture of the period.

This building was a stone factory according to a map of the area from 1909. 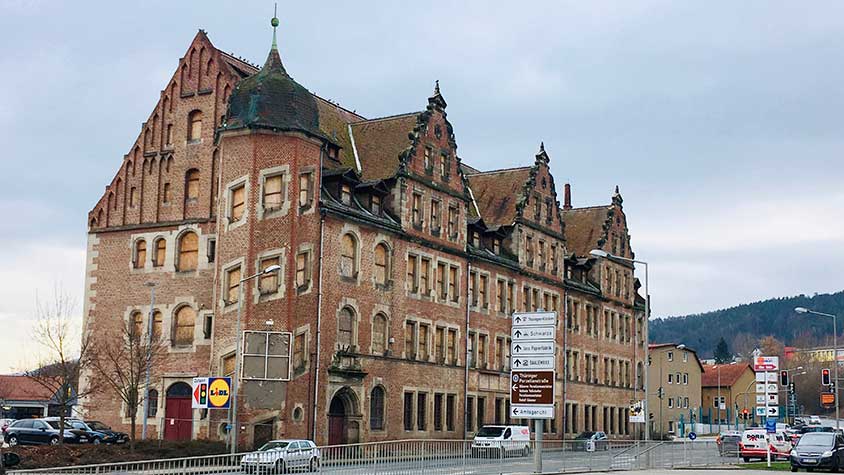 The Anker manufacturing building standing south of route 88 in Rudolstadt. Note the spiral stair tower with its angled window frames.

Across the street are two more buildings from the early 20th century. These are currently used by various businesses and therefore are in much better shape. The architectural style is similar to others from that era and they are also red brick construction.

The long building to the left was used for manufacturing soap and chocolate while the smaller one to the right was an administrative office building. 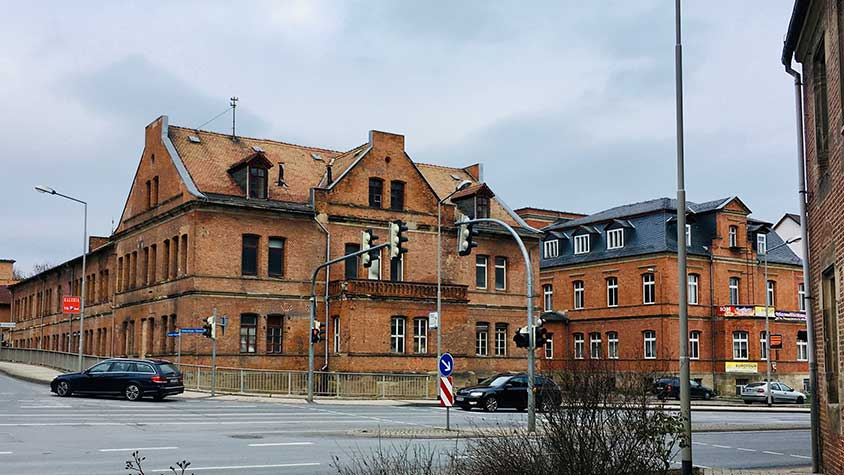 Original Anker factory buildings on the North side of route 88.

Along the North side of the main business complex, towards the Schaalback creek, sits what is thought to be one of the original Anker factory buildings. The date over the door is 1882. Not in the best shape, but apparently being used. 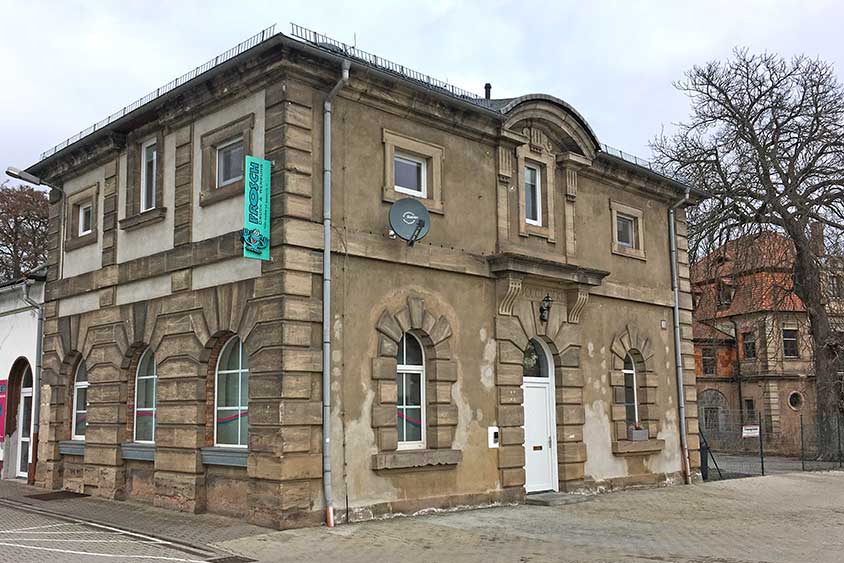 What is thought to be the first Anker factory building in Rudolstadt Germany.

To the East (just visible to the right above), is another building from this era but it is not present in the 1912 postcard view and is becoming very overgrown with vegetation. The 1909 map indicates it may have been the gardener's residence. It does sit immediately behind the Richter Villa.

Figuring prominently on the postcard and also in real life is the Richter Villa. This amazing piece of architecture appears little changed on the outside from when it was built. Much of the grounds and certainly the outdoor walls, statues, and other features are in very poor shape after over a century of enduring the weather.

A following post will show some photos from rooms inside on the first floor. 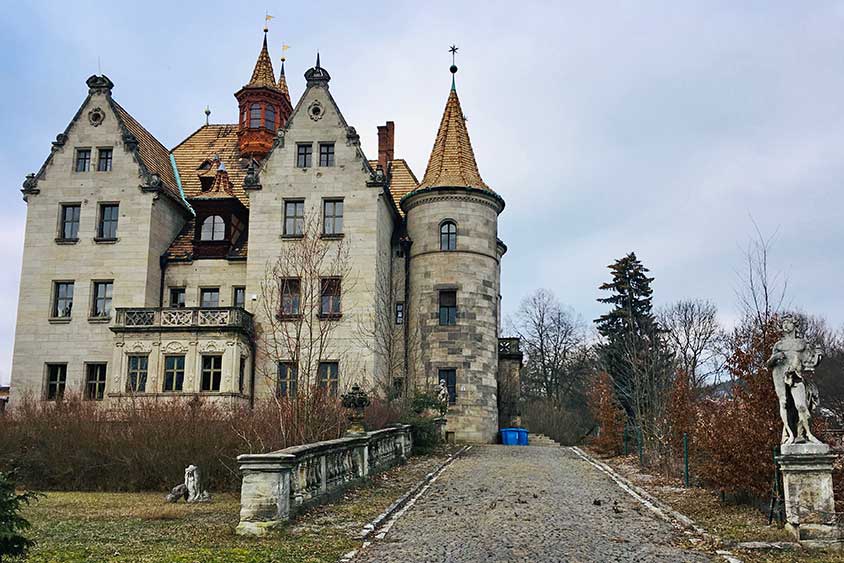 The Richter Villa viewed looking North. The boxed area in front of the Villa on the 1912 postcard is just visible here to the right. 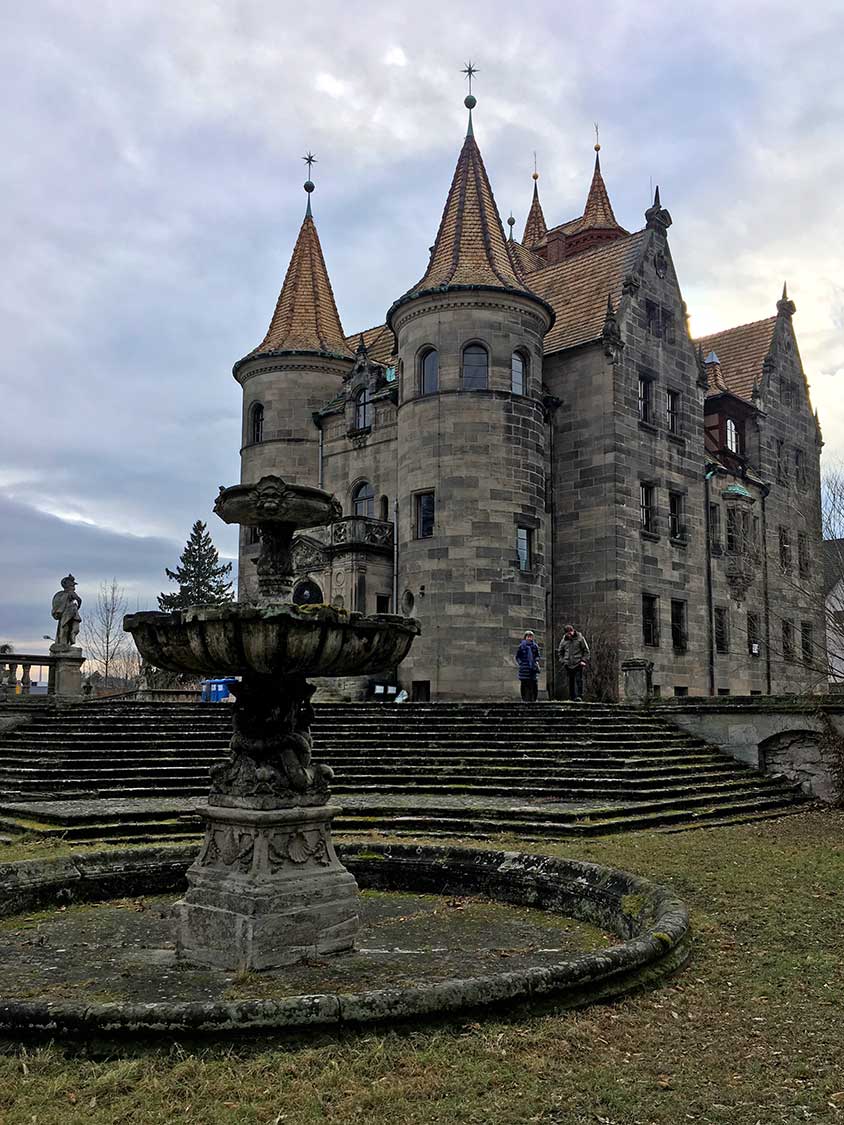 The East facing portion of the Richter VIlla includes a large landscaped area, but with crumbling features. 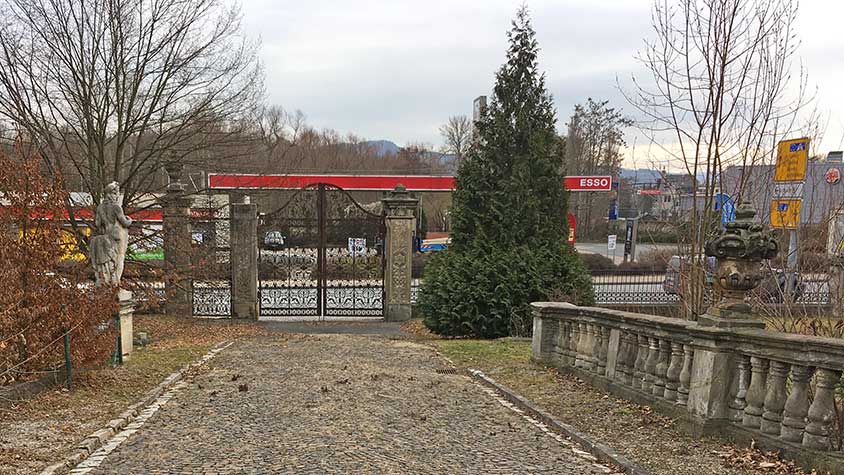 The view south down the lane of the Richter Villa is a strange mix of old and new.

Additional content - photo of possible gardeners house North of the Richter Villa. Partially visible in the photo of the Ankerstein building from 1882. 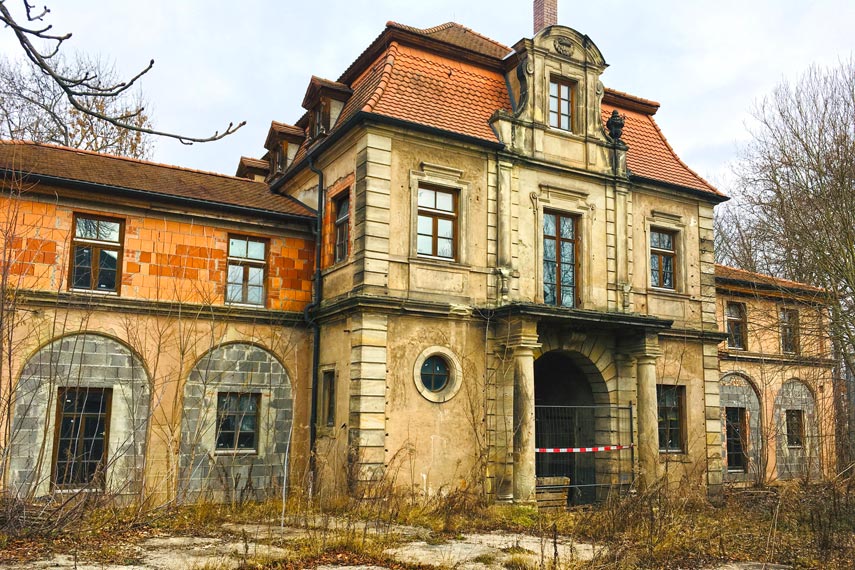 The building sits behind (or North of) the Richter Villa on the Northeast corner of the area of the Richter building area.

This entry was posted in History and tagged Europe, Germany, Rudolstadt on June 6, 2019 by Randall Hertzler. ← Previous Post Next Post →